Who Are The Friends?

Twin Rocks Friends Camp and Conference Center is owned by the evangelical Friends (Quaker) Church. The Quakers were founded during the mid-Seventeenth Century as “The Religious Society of Friends,” an outgrowth of the ministry of George Fox and others.

The Friends are a Christian denomination with a reputation for earnestly seeking guidance from God and actively serving their fellow human beings. From their beginnings, Quakers have been distinctive for seeking a personal relationship with Jesus Christ — in which all individuals, regardless of position in life, can hear the Spirit of God speaking to them.

Throughout the last 350 years, Quakers have advanced numerous social reforms, including care for the mentally ill, the imprisoned, and the impoverished. Friends have placed a strong emphasis upon the equality of all persons, believing all to be of identical value to God. For many years Friends wore only gray clothing, reducing distinguishing characteristics between rich and poor. In America, William Penn, founder of Pennsylvania, established a treaty with Native Americans that was later dubbed “the only treaty that the world has ever known, never sworn to, and never broken.” More than 60 years before the Civil War, not a single American Quaker was known to own a slave, and Quakers helped direct the now famous Underground Railroad to assist African Americans escaping slavery.

Quakers are well known for peacemaking. The Friends Church has consistently taken Jesus’ command to “love your enemies and pray for those who persecute you” as a call to oppose violence in any form. As a result, the Friends Church has supported non-violent means of conflict resolution, and has taken public stands against such things as abortion, war and the death penalty.

Today, some branches of Quakers include those who dispute the deity of Jesus, while still emphasizing social reform. However, Quakers at Twin Rocks Friends Camp, and others who call themselves evangelical Friends, see social action as a means to serve Jesus Christ, whom they worship as Lord, Savior and “Friend.” 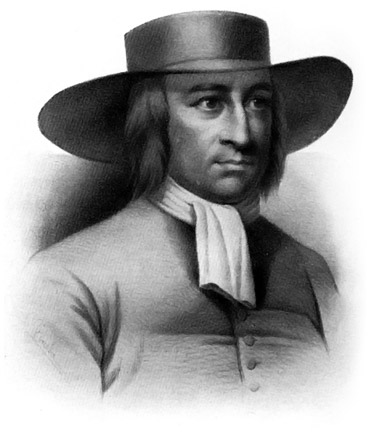 The designation “Friends”, comes from a passage in the Bible, where Jesus tells his followers: “Greater love has no one than this, that one lay down his life for his friends. You are my friends, if you do what I command you. No longer do I call you slaves, but I have called you friends” (John 15:13-15 NIV). In England some 1600 years later, George Fox was encouraged by these words of Jesus. God’s son (Jesus) had come to earth and given up his life for his friends, and Fox realized that he, too, could be a friend of the God of the universe by obeying God’s commands. From this, “The Religious Society of Friends” was born.

In his journal, George Fox summarized his experience seeking truth as a 19-year old:

And when all my hopes in all men were gone, so that I had nothing outwardly to help me, nor could [I] tell what do to, then, Oh then, I heard a voice which said, “There is one, even Christ Jesus, that can speak to thy condition,” and when I heard it my heart did leap for joy.”

“Now was I come up in spirit through the flaming sword into the paradise of God. All things were new, and all the creation gave another smell unto me than before, beyond what words can utter. I knew nothing but pureness, and innocency, and righteousness, being renewed up in the image of God by Christ Jesus.”

For further information, please e-mail us or read the more detailed Who Are the Quakers? article by Ralph K. Beebe.

Twin Rocks Friends Camp and Conference Center is owned by Friends Churches in Oregon and SW Washington and is a part of Northwest Yearly Meeting of Friends Church, headquartered in Newberg, Oregon

Located on 120 magnificent acres at the Oregon Coast, Twin Rocks Friends Camp & Conference Center sponsors Christian camps and retreats for people of all ages and provides rental accommodations for groups of up to 350.